The Armistice in Fermanagh

Sunday 11th November 2018 marks the day the guns fell silent when the First World War ended a century ago, and Enniskillen will remember the sacrifice of millions of men and women by joining the national commemoration ‘Battle’s Over – A Nation’s Tribute’.

Local events during the week leading up to, and on, that momentous day will recall many aspects of a war that profoundly changed history, the world, and our community. Exhibitions and illustrated talks, music and dance, poetry and drama, WWI artefacts and equipment all feature in a packed programme of evocative events organised around the centenary of the Armistice.

At 6am on Sunday morning, the eleventh day of the eleventh month, the sound of 1,000 lone pipers playing ‘When the Battle’s O’er’, a traditional tune played after a battle, will be heard at Enniskillen Castle and numerous other places across the country and overseas.

Heralding the start of the day’s commemorations, the event at the Castle organised by the Inniskillings Museum, includes readings, reflective prayers and echoes of the church bells that pealed out for peace. Gates open to the public at 5.30am and museum curator-manager Neil Armstrong commented “Armistice morning before sunrise at the iconic Enniskillen Castle will be an evocative start to our community commemorations.”

The evening Service of Thanksgiving in St Michael’s Church commemorating the end of war will commence at 6pm and feature a poignant installation of ten life-size, transparent silhouettes of military figures in the pews collectively entitled ‘There But Not There’ echoing our community’s sacrifice.

As the congregation departs the church 100 members of the County Fermanagh Massed Pipes and Drums will play ‘Abide with Me’, ‘Amazing Grace’ and ‘When the Battles O’er’ and two beams of light forming a cross in the night sky will be beacons of hope and peace within our community.

At 6.55pm the Last Post will sound outside St Macartin’s Cathedral on the bugle that sounded the charge of the 36th (Ulster) Division at the Battle of the Somme in 1916. Similar to the morning commemoration this will be replicated simultaneously at more than 1,000 locations across the country. Then at 7pm the UK’s most westerly beacon of light will be lit in the grounds of St. Macartin’s Cathedral by Her Majesty’s Lord-Lieutenant for County Fermanagh, Viscount Brookeborough KG. This commemoration is inspired by a comment made in August 1914 by Britain’s Foreign Minister, Sir Edward Grey when he said “The lamps are going out all over Europe; we shall not see them lit again in our lifetime.”

The clock face on St. Macartin’s Cathedral will be backlit for the first time and will continue as a beacon of hope for future generations, while skyrockets will illuminate the night just as they did exactly 100 years ago when news of the Armistice was first received. The Cathedral bells that proclaimed the Armistice at 7am on the 11th November 1918 will once again peal to celebrate the end of the Great War. The stirring sound of bells will provide a fitting conclusion to a day of contemplation, commemoration and, ultimately celebration as our town, county and country reflect on events a century ago on the battlefields of Europe and at home in our factories and farms.

And as the sun sets on the Armistice, Enniskillen Castle will be illuminated red by Fermanagh & Omagh District Council to commemorate the 100th anniversary of the end of the First World War.

For further details on the events programme for the Armistice please contact the Inniskillings Museum at Enniskillen Castle on 028 6632 3142 or visit www.inniskillingsmuseum.com 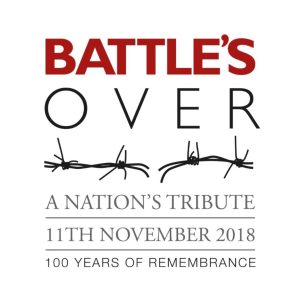