In 1940, after the experiences of defeat in France by the German ‘blitzkrieg’, the army decided there was a need for an expansion in the number of armoured regiments. Initially three new regiments were raised for the duration of the war.  In 1941, three more were raised. 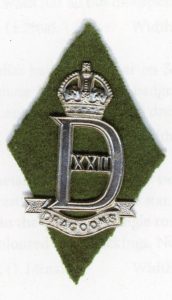 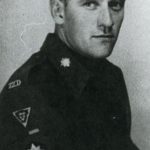 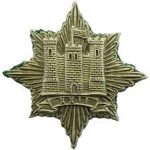 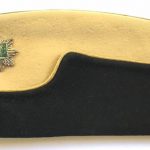 22nd Dragoons:  The new regiment was made up of cadres supplied by the 5th Royal Inniskilling Dragoon Guards and the 4th/7th Royal Dragoon Guards.  The number 22, by a mathematical coincidence, was the sum of the numbers of the antecedent regiments: 6th Inniskilling Dragoons, and 5th,4th and 7thDragoon Guards.   The “Skins” provided Major CP Legard, Captain W Barraclough MC (Reserve Officer), Captain JR Crocket, Lt EBG Oates, 2/Lts JRH Hornby, Mathews, CHA Dunks, and 63 Other Ranks.  During 1941, 25 subalterns were newly commissioned into the Regiment, including the actor Ian Carmichael. 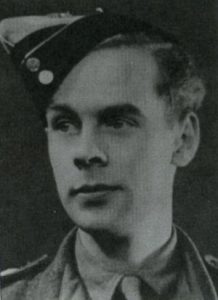 Based in the north of England, the Regiment was assigned at first to 29th Armoured Brigade, then to 30th, both in 11th Armoured Division, commanded by Major General Percy Hobart. It trained as a standard Armoured Regiment in a variety of tanks: Crusaders, Centaurs, Covenanters, Cromwells and Shermans. In October 1943, the Brigade, with its three constituent regiments, 22nd Dragoons, Lothian and Border Yeomanry and the Westminster Dragoons, transferred to 79th Armoured Division, to be commanded by the newly knighted Major General Sir Percy Hobart. 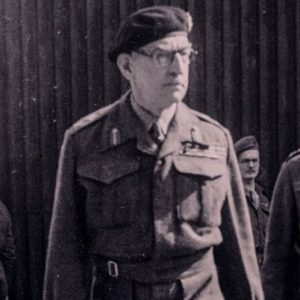 Hobart’s Funnies The new role of the Division was born out of the tragic experiences of the amphibious landings at Dieppe in August 1942 when the landing forces had been unable to deal with the German beach defences of Hitler’s Atlantic Wall.  Under General Hobart’s leadership, the Division developed a series of specially designed armoured vehicles, nicknamed ‘funnies’. Some existing ideas were perfected, like a mine and barbed wire clearing tank equipped with a flail, nicknamed a ‘crab’, and a tank with 36 cubic foot space to carry stores, tools and demolition charges, armed with machine guns and a 12” mortar and carrying assault team of six Royal Engineers. 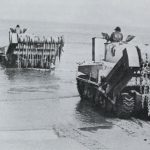 Crabs returning to a LCT after an exercise 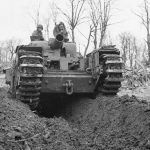 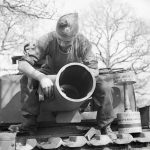 Mortar fired a 40 lb bomb known as a Flying Dustbin

This was for demolishing concrete fortifications.  Other developments involved adaptations to carry a small box girder bridge capable of crossing a thirty-foot gap, a fascine of sticks which could be dropped into an anti-tank ditch, a bobbin of coir matting which could be laid over muddy ground or sand to give some grip for vehicles. 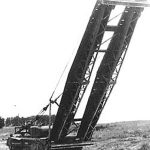 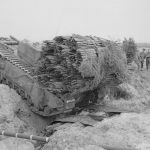 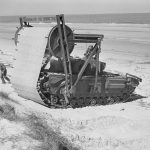 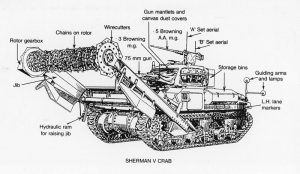 It was issued with Sherman tanks which had a rotating jib out in front to which were attached lengths of chain.  The boom could be rotated by the main tank engine.  When the ‘crabs’ were flailing, a tank had to have its turret pointing to the rear, and therefore could not defend itself. 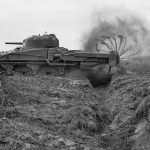 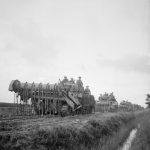 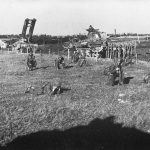 Crabs and a ‘Funny’ with a Box Girder Bridge

Into action: ‘D’- Day, 6th June 1944    The 22nd’s task was to land with the second wave (the first wave consisted of DD tanks (Duplex Drive Amphibious) which swam ashore. Typically, a troop of four ‘crabs’ landed along with two other ‘funnies’ out of each LCT (Landing Craft Tanks). Two ‘crabs’, sweeping in echelon, cleared a path, moving at 1.5 miles per hour, dropping markers on the outside to delineate the outside of the cleared path.  They navigated by compass because the flails threw up a cloud of sand and dust. They were closely followed by the two other armoured vehicles (AVRE) till they were close enough to concrete emplacements to hurl a ‘dustbin’.  The remaining three tanks, together with any DD tanks remaining at the water’s edge, kept up fire on enemy positions and were reserve if a ‘crab’ was immobilised. The third wave was sappers who would remove beach obstacles and their attached explosives.  Infantry would land in the fourth wave. 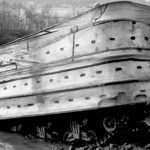 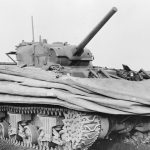 DD Swimming Sherman with skirt down 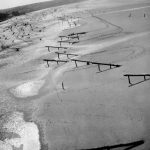 ‘A’ Squadron landed on Sword beach with 26 ‘crabs’, ‘C’ Squadron on Juno beach.  By the end of the day only five ‘crabs’ in all were capable of operating, but their work had been done.  Within 24 hours most had been repaired.  Two days later, the Commanding Officer, Lt Col Grosvenor and ‘B’ and ‘HQ’ squadrons landed with supplies and reinforcements.

After about a month’s continuous work, the Regiment had a 10-day complete overhaul, which included new engines.  34 men were killed/died of wounds during the Normandy campaign, 6th June – 25th August.

The Regiment was then assigned to the Canadian Army to assist in the capture of the major ports, like Le Havre and Calais, along the coast.   The winter was spent taking the Siegfried Line and the country up to the Rhine.

After the crossing of the Rhine on 23rd March 1945, most of the tanks had their flails removed and they became gun tanks.  There was still some hard fighting to be done as the Regiment fought its way north up to Hamburg.   German forces in NW Europe surrendered on 4th May 1945.

The Regiment performed some occupation duties until it was disbanded on 23rd November 1945. 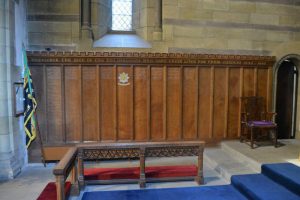 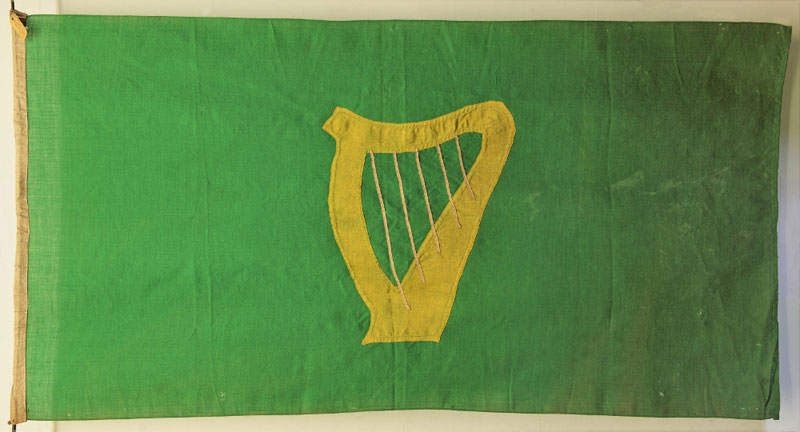 MUSEUM LOAN TO HIGHLIGHT A WEEK OF CONTRASTS FOR THE INNISKILLINGS 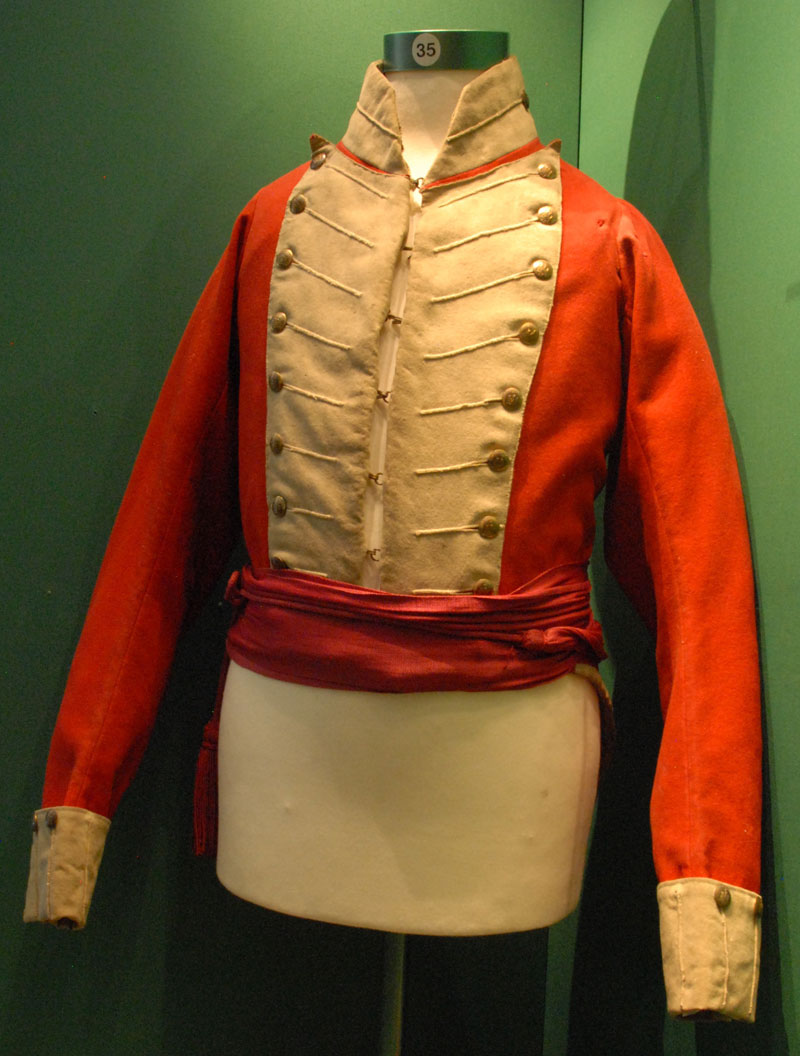 Museum artefacts link two Inniskillings who fought in Spain in 1813

Some very rare 200 year old items from the period of the Peninsula War are on display in the Inniskillings Museum.... 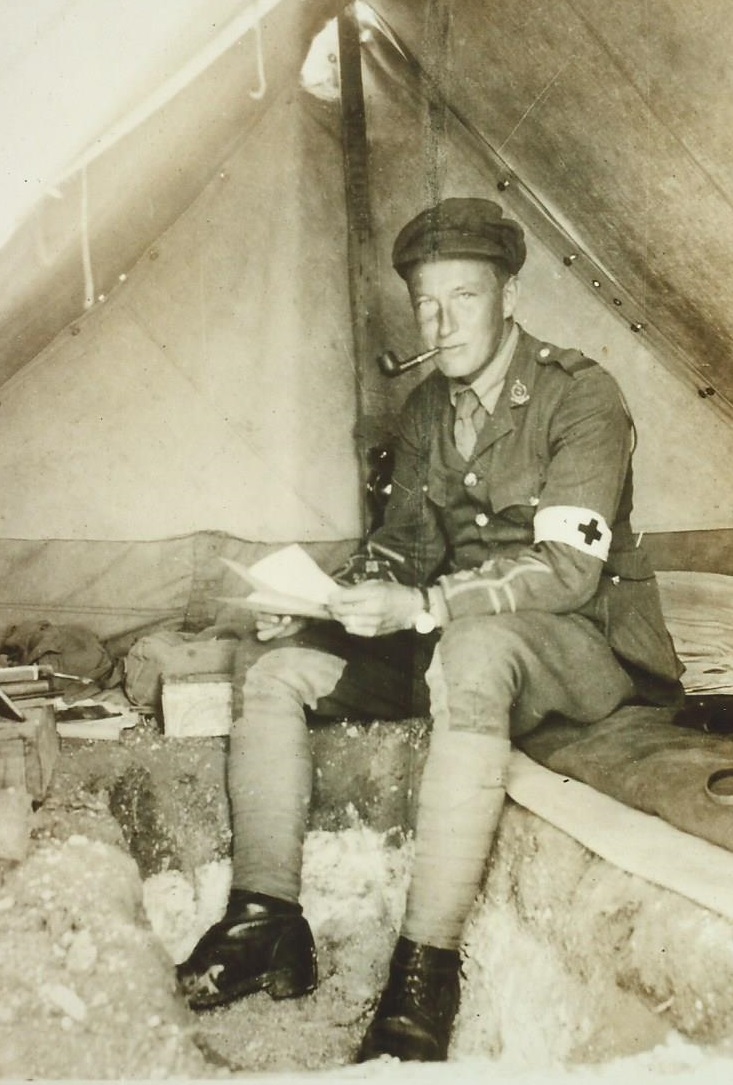 Doctor and War Artist Henry Lamb was born in Australia, but the family moved to Manchester, where his father was... 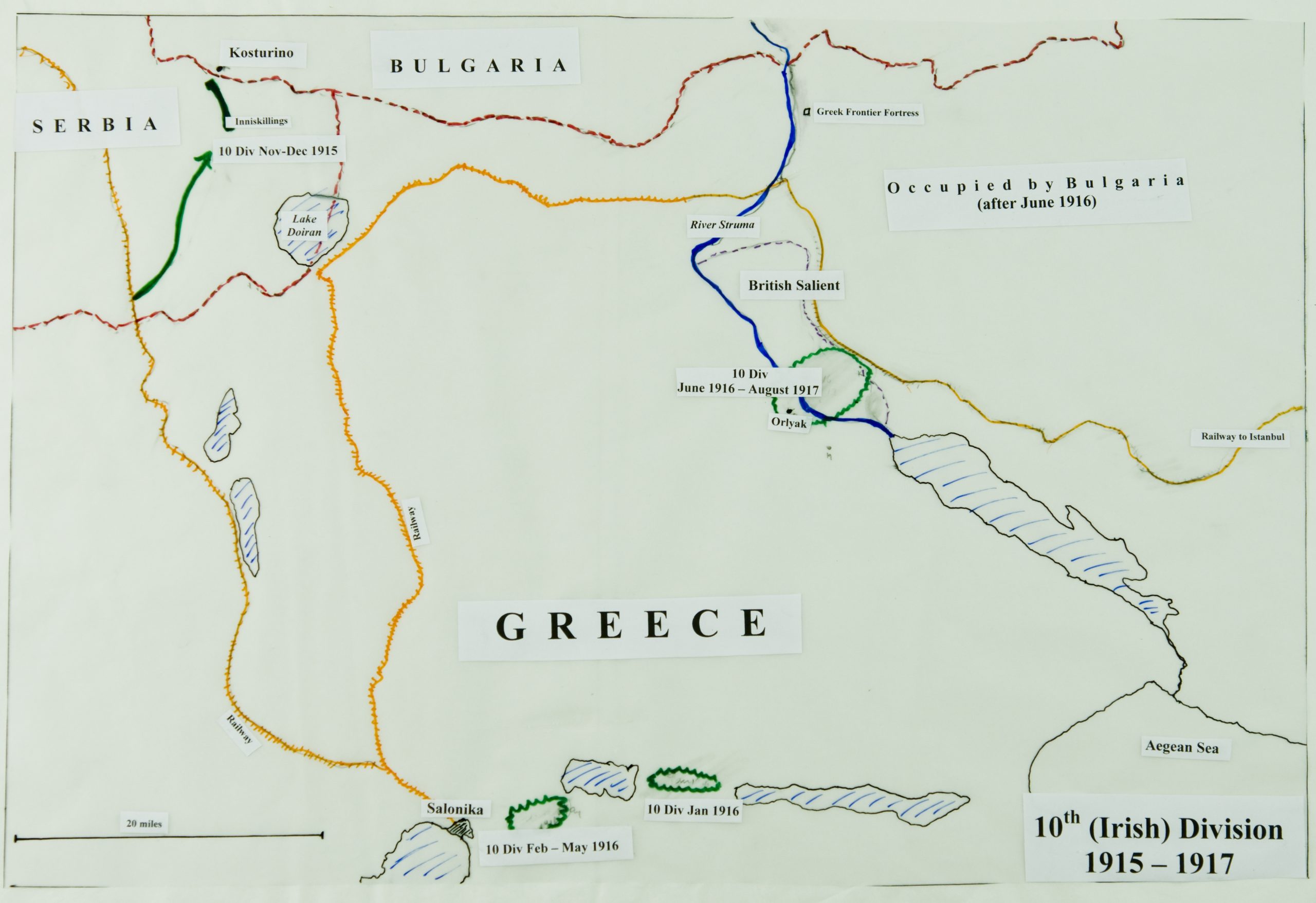