Many decades of suspicion, mistrust and outbreaks of fighting in South Africa marked relations between the British and the Boers (Dutch Afrikaans word for farmer). In 1842 a detachment of the 27th Inniskillings was involved in an engagement near Durban. 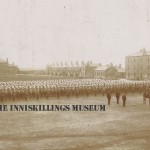 The 1st Battalion, 1100 strong, at Mullingar before embarkation 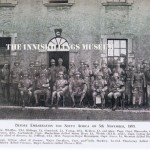 Officers of 1st Bn at Mullingar before embarkation 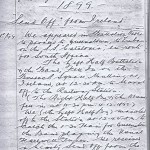 In October 1899, full scale war broke out between the two Boer Republics of the Orange Free State and the Transvaal, and the British Empire.

In a pre-emptive strike, Boer armies invaded the British colonies of CapeColony and Natal and laid siege to the towns of Ladysmith, Mafeking and Kimberley. Huge numbers of British reinforcements were sent to South Africa and armies advanced on the BoerRepublics. In Black Week, December 1899, the armies sent to relieve the towns suffered severe defeats. 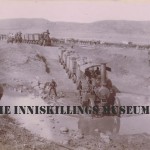 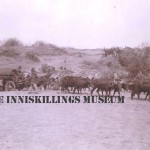 Supplies, drawn by oxen, are brought up 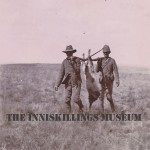 Bringing in fresh meat (a pig)

The 1st Battalion Royal Inniskilling Fusiliers arrived in Durban from Ireland in December 1899 to join the army advancing to relieve Ladysmith.  At the river Colenso the British lost over 1100 casualties to minimal Boer losses. The Inniskillings lost 117 men.

On the fourth attempt, in February 1900, the Boer defences were breached on the TugelaHeights and the advance to lift the siege was successful. The Inniskillings achieved great fame for their courageous attack, in spite of heavy casualties, up the hill which became known as Inniskilling Hill.  During this engagement their medical officer, Lt. Inkson, was awarded the Victoria Cross for his rescue of an injured officer at great personal risk. 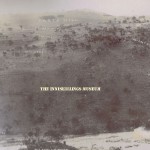 Advance up Inniskilling Hill. Lines of Infantry, in open order, can be seen 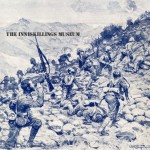 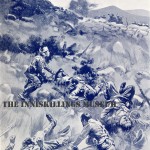 Plight of the wounded, Inniskilling Hill

“The Inniskillings had almost reached the goal, but they were too few; thus confronted, the Irish perished rather than retire”.

Such were the casualties, a further 250 men killed or wounded, that it was six months before the battalion was back at full strength. Though involved again in some severe fighting, most of the rest of the war was spent in keeping open the lines of communication and on guard duties. 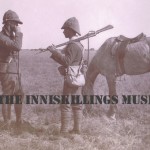 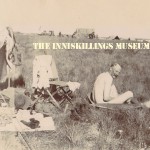 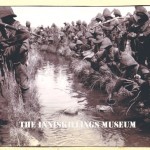 Drinking from a stream. Many soldiers died from typhoid, which was water borne

The 6th (Inniskilling) Dragoons arrived in Cape Town from Ireland in October 1899 and were entrained north to join General French’s Cavalry Division for the invasion of the Orange Free State and the relief of Mafeking.  The regiment had some sharp encounters with the Boers and, in common with the cavalry in general, provided reconnaissance, escorts and despatch riders.   One of its officers was to achieve fame later on Scott’s failed expedition to Antarctica, Lieutenant Lawrence Oates. The regiment’s second in command was Major Edmund Allenby, later to command the British army in Palestine in 1917 – 1918. 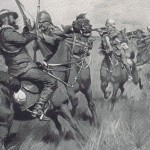 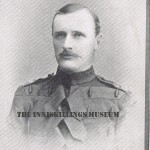 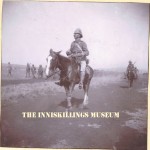 A mounted Officer, Captain A Ricardo

The 2nd Battalion Royal Inniskilling Fusiliers arrived from India in January 1902 and was employed on guarding supply trains and manning the blockhouses erected on the veldt to inhibit the movement of Boer commando units. 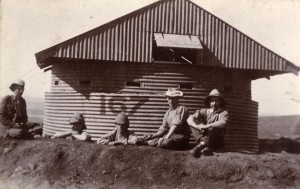 A close view of a Blockhouse. Pte John Keown, (2nd Soldier from right), was killed in action on 24 Aug 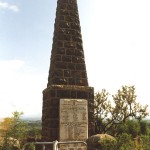 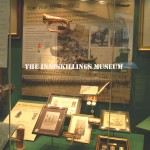 Boer War Case in the museum 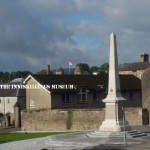 An eight page booklet giving more details of the two regiment’s campaign is available for sale from the Books section in our online shop.