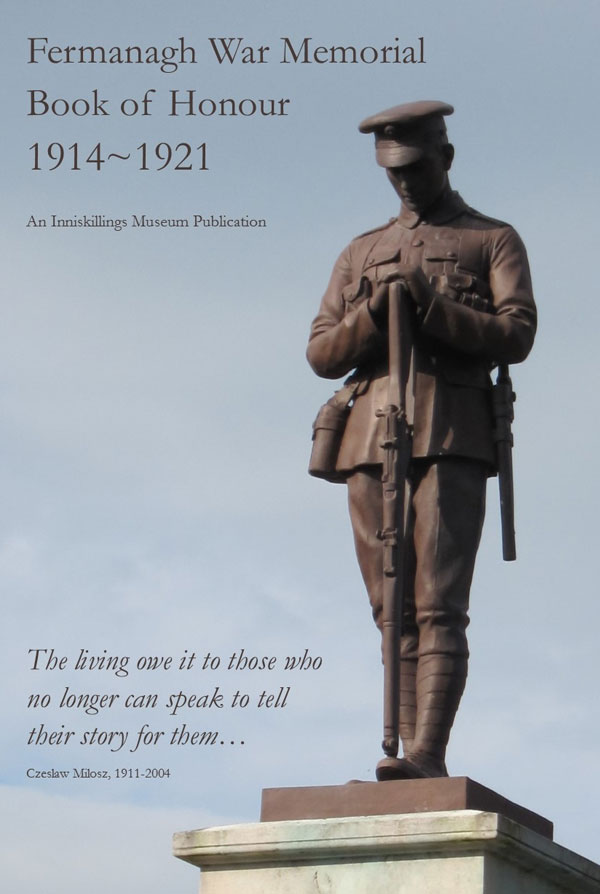 A major publication launched by the Inniskillings Museum

One of the most significant publications in Co Fermanagh for many years was launched on 07 November 2014. This 672-page book is the story of the Fermanagh War Memorial in Belmore Street, Enniskillen and tells of the events of the First World War and the lives of the 581 men and one woman whose names are recorded on the Memorial. The book was produced by a team of volunteers, mainly from non-military backgrounds, who work at the Inniskillings Museum. 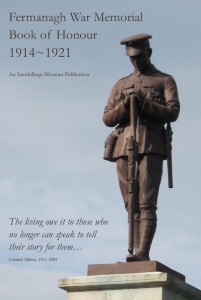 We are into the first year of the commemorations which mark significant events of that war. The great battles had casts of hundreds of thousands of men. Fermanagh men played their part, whether in the enormous battles in Belgium and France like the Somme or Passchendaele, or in faraway places like Turkey, Iraq, Palestine or Africa, or at sea or in the air.

The soldiers commemorated on the Memorial mostly died in these events. Some are in marked graves in cemeteries near where they died, in Europe, Asia or Africa. Many have no known grave and their names are inscribed on huge and impressive structures, some of which are familiar like the Thiepval Memorial near the Somme or the Menin Gate at Ypres. Other memorials, no less impressive, but not so well known are at Cape Helles in Turkey, or Basra in modern Iraq or Doiran in northern Greece, and they carry the names of Fermanagh men. 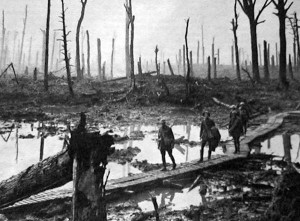 The young men and women volunteered for the war for many reasons: some saw it as a moral crusade in defence of small nations, some as a patriotic duty, some were joining in a great adventure, others out of economic hardship, some because their friends were going. Whatever the reason or mixture of reasons – the outcome for those commemorated on the Memorial was the same. 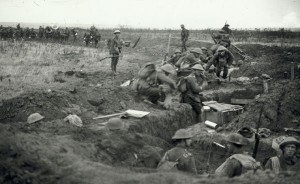 What this book does is transform each name which is inscribed in bronze on the Memorial into a real person, a person who had parents, brothers and sisters, who lived in the villages and towns of the county, who had a job and often his own family. Some were teenagers, (the youngest, 17) others middle aged (the oldest, 54) but most were in their twenties and thirties. Each now emerges from the cold format of a name in bronze into a person of flesh and blood, maybe whose photograph looks at us and whose family, the family that grieved, is known to us. The book also records the different political and religious backgrounds of many of the men, once divided, but now united in death. One third were from Roman Catholic backgrounds, two thirds Protestant.

Some of the names on the Memorial are of brothers – there are 31 sets of two brothers and two sets of three. There is also a father and son. They are no longer a statistic and we can now appreciate their families’ compounded grief.

In the work to research this book it was discovered that some 200 men, who originated in Fermanagh, died in the war but their names are not on the Memorial. The book records their names. 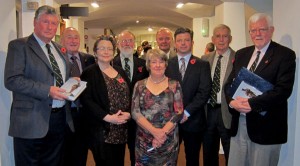 The publisher of this book, the Inniskillings Museum, hopes that this book is a fitting and permanent tribute to the men and one woman from this county who died in the Great War. Speeches at the Book launch were given by Neil Armstrong, curator-manager of the Inniskillings Museum, Richard Bennett, chair of the Editorial Committee of the book, Clive Johnston, researcher, Father Brian D’Arcy, whose grandfather is recorded in the book and Her Majesty’s Vice Lieutenant, Mr Roland Eadie.

Copies of the Fermanagh War Memorial Book of Honour 1914-1921 are available from the museum shop at Enniskillen Castle.