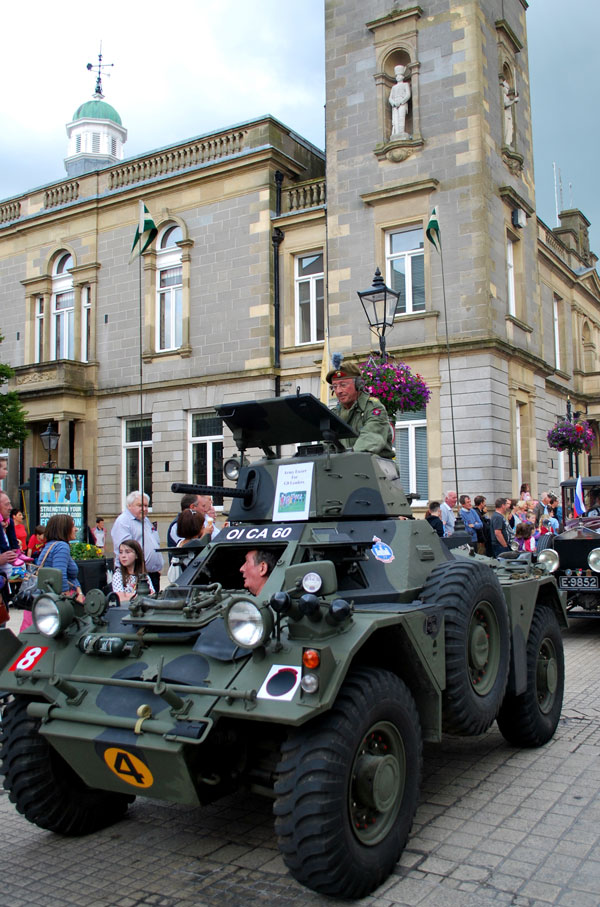 Most of the Museum’s display vehicles are ‘runners’ and each year we try to enter at least one of them in the Vintage Car Parade. 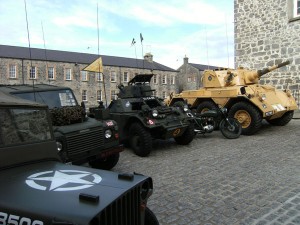 This year the organisers planned a G8 theme to commemorate the summit held in Enniskillen earlier in the year. The plan was to have the parade led by eight vintage cars each carrying a well known local person dressed as one of the eight members of the G8 countries. We were asked by the organisers of the parade if we would provide a military escort for the eight ‘members’ which essentially meant that we were leading the parade; a great honour!

Dave Shakespeare, a museum volunteer and an expert on the restoration of military vehicles provided his Military Police landrover (perfect for the task). Dave was accompanied by Tina, both resplendent in combat clothing. 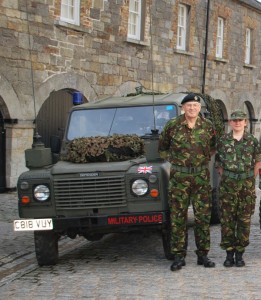 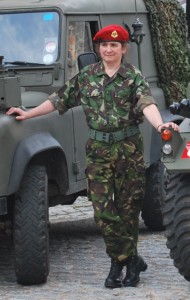 Gordie Johnson and family manned the World War Two Wilys jeep which Gordie had restored a number of years ago. 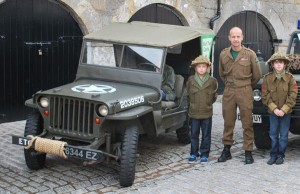 On a previous outing earlier in the year the jeep had developed a leak in the petrol tank which subsequently had to be replaced by Dave and Chris (Dave had sourced a new tank from a dealer in England who in turn obtained it from the Phillipines).

The Ferret Scout Car was driven by Bill Montgomery, Secretary of the Ulster Military Vehicle Club; Chris Redman was in the turret. 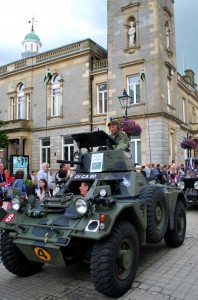 The above photograph shows Enniskillen Town Hall in the background with the statues of a Royal Inniskilling Fusilier and an Inniskilling Dragoon (the Dragoon is on the right). Enniskillen is unique in being the only town in the United Kingdom to have raised two regiments; the statues celebrate the towns unique military history.

We are pleased to report that the Ferret gave us no problems this year and ran very smoothly throughout the entire parade; this was entirely due to a replacement carburettor having been fitted earlier this year, (thanks again to Dave).

We had hoped to give our 350cc BSA Motorcycle (also restored by Gordie) a run again this year but our rider is incapacitated, maybe next year! 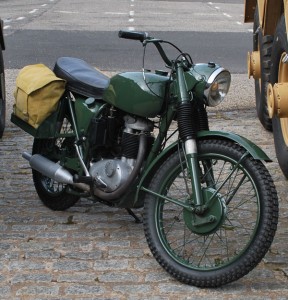 Needless to say, with such an important event we wanted our vehicles to look their best, a fact not lost on Neil Armstrong, (our Curator) who busied himself preparing the Ferret! 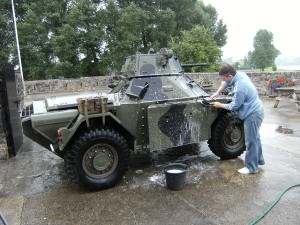 Even the Museum Curator is not exempt from preparing the vehicles!

The parade paused briefly in the Diamond (centre of town) for ‘President Obama’ to be interviewed. 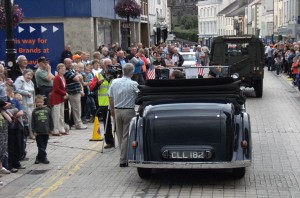 While the remainder of the G8 leaders waited patiently for their turn. 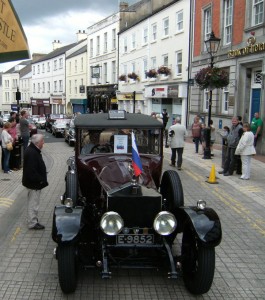 The other ‘G8’ leaders

Gordie provided rearguard for the G8 convoy with the remainder of the parade following behind. 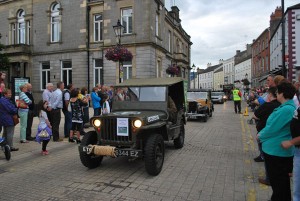 The weather was kind to us this year and the parade was thoroughly enjoyed by spectators and those involved in parading the vehicles; a great success for the organisers who will now have to think how they can better it next year! We will also have to come up with some ideas for next year. Maybe this one………….. 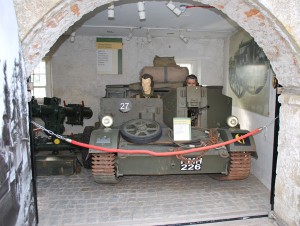 Possible contender for next year’s parade!

These two would need to find their steel helmets if they want to be in next year’s parade. (Actually, the helmets were borrowed by Gordie’s sons for the parade (see photo with Jeep), these two chaps are now properly dressed again)!