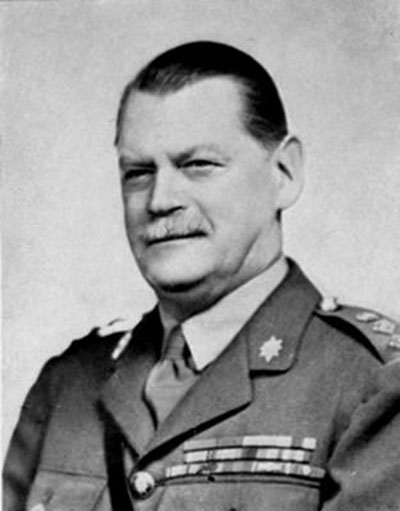 Within the Royal Inniskilling Fusiliers family, the career of General Sir Richard Gale KCB, KBE, DSO, MC. seems little known although he was a member of the Regiment from the 19th April 1936 until he was promoted Colonel and Temporary Major General on 17th May 1944.   This is undoubtedly due to the fact that during this time he never served with any of the Regiment’s battalions although he did regularly attend Regimental functions such as the funeral of General Sir Travers Clarke and the Presentation of the Colours to the 2nd Battalion. A brief synopsis of his career may therefore be of interest. 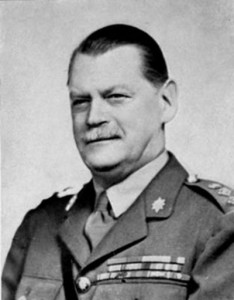 Richard Gale was born in London on the 25th July 1896. His father was from Hull and his mother, whom his father met in Australia, was half Irish. His early education was in Australia but the family returned to England in 1906.

After the brief course at Sandhurst, he was commissioned as a Second Lieutenant in the Worcestershire Regiment on 22nd December 1915. Three months later he was attached to the Machine Gun Corps, initially serving in the164th Machine Gun Company of the 55th West Lancashire Division, where he remained for the next eleven years.

During this time, he was promoted to Temporary Lieutenant on the 1st November 1916 and the rank made substantive on the 1st July 1917. He was awarded the Military Cross on the 26th July 1918 for his actions in defending against the German offensive along the Somme in March of that year. He achieved the rank of Acting Captain on the 16th October 1918 but reverted back to Lieutenant on the 30th April 1919.

After the War, he served in India and saw action in the Third Afghan War before becoming an instructor at the Machine Gun School there for four years; he married Ethel Maude Keene on the 7th April 1924.

In 1930, he was promoted to Captain, transferring to the 2nd Battalion The Duke of Cornwall’s Light Infantry, and attended the Staff College in Quetta. After passing out of the Staff College he was appointed Brigade Major of the Ferozepore Brigade. In 1936, after an absence of seventeen years, he finally returned to serve in the War Office in London. At the same time he transferred to the Royal Inniskilling Fusiliers and was promoted Brevet Major.

At the War Office he was responsible for the production of training publications before being promoted Major in 1938 and appointed General Staff Officer Grade 2 (GSO2) to the Staff Duties (Plans) section of the General Staff, a small group of planners who ascertained the feasibility of war plans and the shipment of the British Expeditionary Force to France. In January 1940 he was promoted Temporary Lieutenant Colonel and in July awarded the OBE.

On the 1st of December 1940 he was given command of the 2/5 Battalion of the Leicestershire Regiment. After nine months, having impressed General Sir Alan Brooke during an inspection, he was given the task of raising and commanding the 1st Parachute Brigade and promoted Acting Brigadier. This not only involved recruiting and training three new infantry battalions but also determining their equipment, tactics and convincing the Royal Air Force to spare aircraft and personnel for their training and operations. 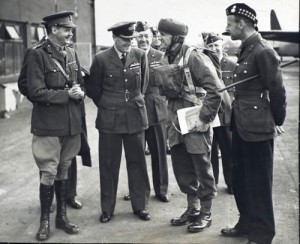 The Brigade at this stage was based at Ringway Aerodrome in Manchester. After eight months, on the 18th April 1942, his Acting rank was made Temporary and he reluctantly moved back to the War Office as Director of Staff Duties (Air).

Horsa Glider taking off for Normandy

Just after midnight on the 6th June 1944, Genera Gale took off for Normandy in Horsa glider No 70 towed by an Albemarle aircraft. With him went his ADC, his GSO 2, his signaller, driver and 8 others. Also in the glider were a jeep with a wireless set and 2 motor cycles. 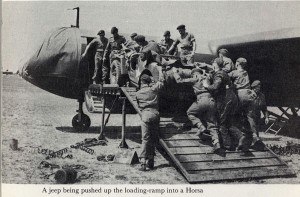 The task of the 6th Airborne Division was to protect the Eastern flank of the landing by capturing the Benouville and Ranville Bridges over the Orne and to destroy the Merville Battery. This was accomplished at considerable cost and the Division then fought their way eastwards to the mouth of the Seine when they were withdrawn back to England in early September. General Gale was awarded an immediate DSO on the 12th June, shortly followed by an Order of Merit from the Americans. 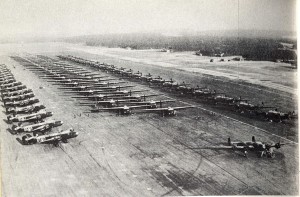 Hamilcar gliders preparing to set off for Normandy

Almost immediately, having been appointed Deputy Commander of the 1st Allied Airborne Corps, he landed at Nijmegen as part of the ill fated Operation Market Garden which was planned to capture an intact bridge over the Rhine. At the beginning of December he was promoted to Acting Lieutenant General and appointed General Officer Commanding (GOC) the British 1st Airborne Corps. The next month he was confirmed in the substantive rank of Major General, appointed Deputy Commander of the Allied Airborne Army and began making plans for the airborne drop to facilitate the Rhine crossing. Following the successful crossing he was ‘Mentioned in Despatches’ and in the summer made a Companion of the Bath.

After the War he served in Egypt as General Officer Commanding (GOC) 1st Infantry Division and after two years appointed GOC British Troops in Egypt in 1948.   During this time he was again ‘Mentioned in Despatches’, made a Commander of the Legion of Merit by the Americans, and honoured with being made a Commander of the Legion of Honour avec Croix de Guerre avec Palme for his actions in Normandy.

General Gale with his staff at SHAPE

In 1954 he was made a Knight Grand Cross of the Order of the British Empire and in 1958 had his final posting as the Deputy Supreme Allied Commander Europe, a position he held with distinction until his retirement in 1960.

On the 29th July 1982 General Sir Richard Gale died in Kingston Upon Thames, London; he was 86.